Mt Everest certainly does not need any introduction here as we all are known to the info that its the world’s highest peak. People also know that it lies in the small yet most beautiful Nepal. But what people do not know is about the Rainbow Valley Everest. It is the part of Mt Everest that appears familiar to some of the people i.e. mountaineers only but not others.

While hearing the word “Rainbow Valley”, everyone thinks of the colorful valley with rainbows all day long. But the truth about this Valley is really tragic and shocking. Hold your heart before you read more about the Rainbow Valley Everest. Here we go, Rainbow Valley is a part of Mt Everest that lies just below the summit on the northern ridge with an altitude above 8000m. This gap is dotted with many colorful corpses and equipment of failed Everest climbers.

The trail to Everest summit above 8000m is too narrow like hell and an inch mistake from a climber there results in a fall straight to the Rainbow valley. And, yes the area of colorful jackets wore dead bodies of unsuccessful climbers on the northern lower side of the Everest summit is known as the Rainbow Valley Everest.

Sir Edmund Hillary and Tenzing Norgay Sherpa are the first successful Everest climbers who climbed in the year 1953. It’s not that the climbers tried their luck before 1953 A.D, the many have attempted but not succeeded. Some of them climbed successfully and made a return, some climbers gave up way before the summit and returned and there are some who breathed their last breath around the death zone of Everest. And for those dead ones, the Rainbow valley became the graveyard. This process has been running ever since the first attempt of Mt Everest and will run until people no more climb it.

That was an overview of this valley. If you want to know more about this place go down and read the related info about this nice-sounding yet dangerous valley:

Where does Rainbow Valley Everest lie? 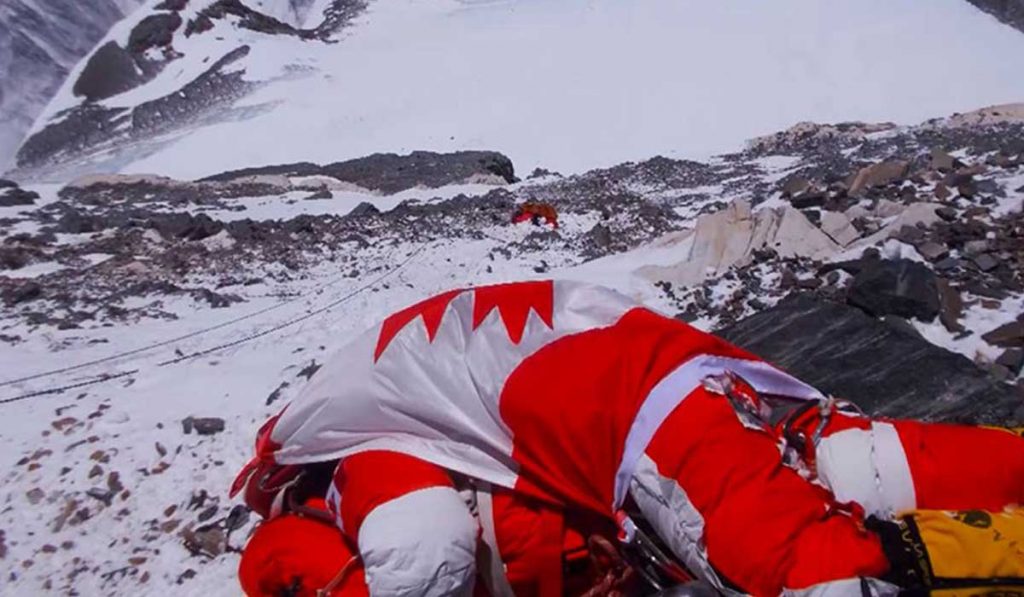 How is the Rainbow Valley Everest Formed?

Surely, the formation of the Rainbow valley started back from the time people started to make Everest expeditions. As you know what caused the Rainbow valley to form, it’s because of the deaths of Everest voyagers in the death zone. Until now, thousands of the climbers have attempted, of which some climbed it, some gave up before the summit and some died on the trail.

Why are the Dead Bodies stacking in the Rainbow Valley?

You might be thinking why are dead bodies piling up in the Rainbow valley, can’t those bodies be rescued? It may sound straightforward, it’s impossible to rescue a dead body from the Rainbow valley or the death zone. To bring one still body down from the 8000m height to the 5000m is an extremely difficult and risky job.

No one is ready to go for a rescue no matter how much cash you favor. Sending a group of 2 to 3 rescuers to Mt Everest’s death zone is to risk their lives at the best. Plus, it takes $30,000 to $70,000 or even more and there is no certainty that it will work. There are some cases when rescuers went up to rescue dead bodies and no one returned. Therefore, to let bodies rest at the world’s highest ground is a better option than to rescue. 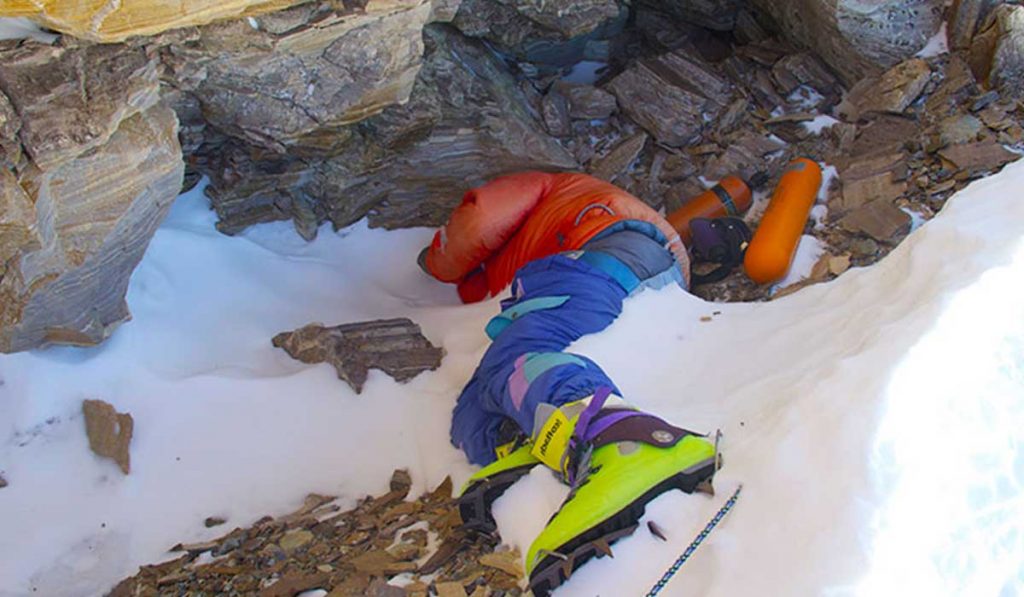 Green Boots is one of the most popularly heard Everest Base Camp stories. This story is about the remains with green boots on feet lying in the northeast ridge of Everest. Although the identification of this corpse is still unknown, people have speculated that it is the body of Indian mountaineer Tsewang Paljor. Tsewang Paljor along with two Indian climbers went missing when the Everest disaster 1996 happened. Out of three, only one body was found which is the Green Boots in the Everest northeast hill near the small cave.

This corpse gained some attention after the release of video footage of it by the French climber in 2001. But, this dead body of an Indian climber became a landmark when the dead body of David Sharp, an English climber found next to Green Boots.

Everyone started to know about Green Boots and the story behind it. And, that small cave where Green Boots lies becomes the stop for every Everest climber. However, the corpse is no more there, it’s either moved away or covered by the snow. Some of the mountaineers have seen the Green booted corpse on the side of a cliff-face.

It is another sad but popular story of the Lady American mountaineer Francys Arsentiev who was also the first from her country to climb Everest without any supplemental oxygen. Francys Arsentiev and her husband decided to climb Everest in 1998 after doing lots of climbing together. They were trying to climb the world’s highest peak without supplemental oxygen.

Both of them climbed quite nicely and reached the summit but before the summit day, they had stayed for 2 days at Camp 6(8,000m). By then their oxygen was dead and there were no extra supplements. This shortage of oxygen slowed their speed and made them stay at Camp 6 again. The next evening the couple decided to separate the ways. Her husband safely reached down to the camp but not Francys. Later, a group of Uzbek found her a few hundred meters down from the summit all half-conscious, frostbite, and deprived of oxygen.

The team attended to save her but the location and weather were too hard to bring her down. So they tried as far as they could and then they left her with some supplement oxygen. She died there in that very location sleeping and that is how her corpse got the name of Sleeping beauty.

Rainbow Valley, the dark side of Mt Everest cannot keep the adventurers of the world away from seeing Everest. Despite knowing about the Rainbow Valley Everest, thousands of mountain admirers come to Nepal. Some of them climb the peak up to Everest’s summit, some do trek up until the Everest Base Camp and some prefer helicopter tours straight to the viewpoint of the Everest only to experience the beauty of Mt Everest. We will be providing brief info about each of the ways to see Mt Everest : 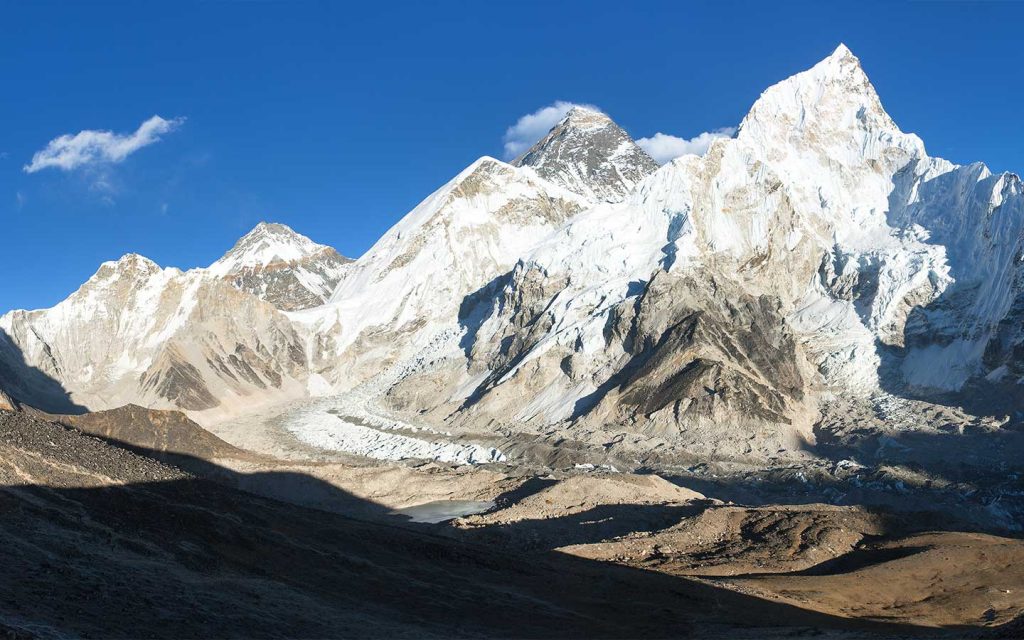 If you are a professional and experienced mountaineer, you should probably do the Everest expedition. The success of the Everest climb will surely give the greatest satisfaction in your life. To be at the top of the World and watch over all the views is the treat that Everest only can give. It is true that people have died while on the Everest expedition which is not the scariest part of it. Death is an inevitable and unpredictable part of life that can happen to anyone. So, accept the fact and dare for an adventure like Mt Everest once in your life.

Everest climbing can be done from two sides, one from the Tibet side and another from Nepal. Nepal’s route to climb Everest is easier and more popular than Tibet’s.

The climb of the world’s highest peak is surely not an easy job but a very difficult job. Everest demands a huge experience in climbing, better training, and the right time to climb. If you manage those all you can enjoy the view from the top of the world.

How long is the Everest Expedition?

The expedition to Mt Everest is a long and tiring journey of 65 days. It all starts from Lukla where you reach after the flight from Kathmandu. From Lukla, you have to trek all the way to Everest Base Camp. The trek is around 10 to 12 days long including 1 to 3 acclimatization days. And then from the base camp, it takes 47 days to complete the ascent and return back to the base camp. Those 47 days will be used to pass via four camps up to the summit point. For a safe expedition, enough acclimatization at each of the base camps is a must. And that is why and how it takes around 2 months to complete the entire Everest Expedition. 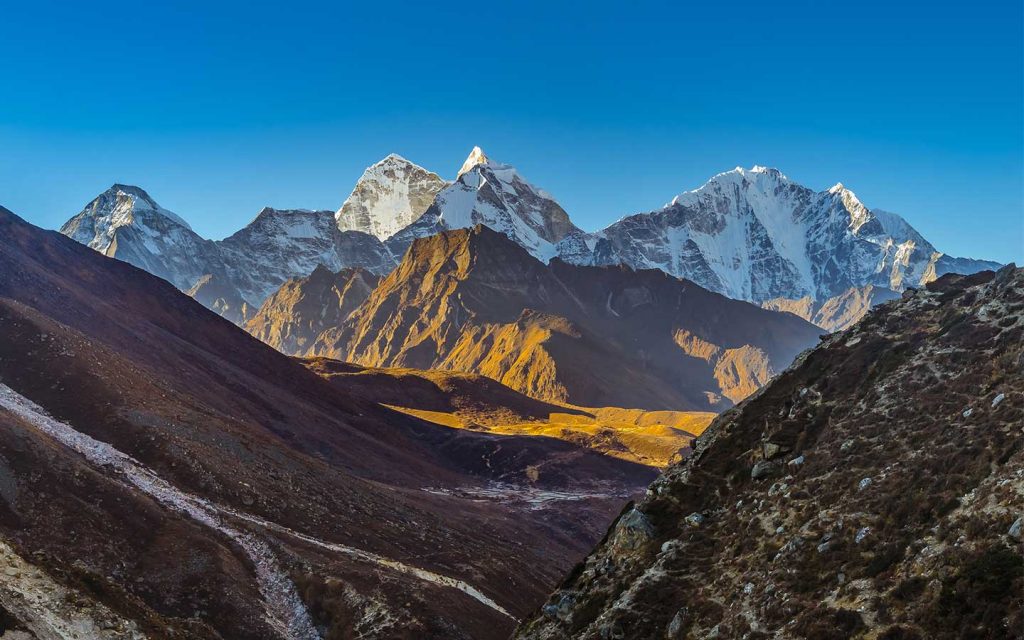 Another way to enjoy the Everest show is known by everyone: Everest Base Camp Trek. It is one of the most preferred treks in the entire world, this all hype is because trekkers get to view Mt Everest in front of them. This amazing journey starts from Kathmandu which is the only landing place for international flights. Then you’ll leave for Lukla via a flight to make entry to the Everest region. From Lukla, you’ll enjoy the walk through many Sherpa settlements and beautiful landscapes of the serene Everest region.

You’ll come across the best views of Mt Everest along with other peaks like Lhotse, Cho Oyu, Ama Dablam, Pumori, etc. To do Everest Base Camp Trek is the experience of a lifetime for every visitor. Plus, you get to explore the hardest yet inspiring lifestyle of the Sherpas. Upon reaching the base camp of Everest base camp, you’ll have as much as Everest’s vision. So, Everest Base Camp Trek is a much safer and quicker option to see Mt Everest.

How long is the Everest Base Camp Trek? 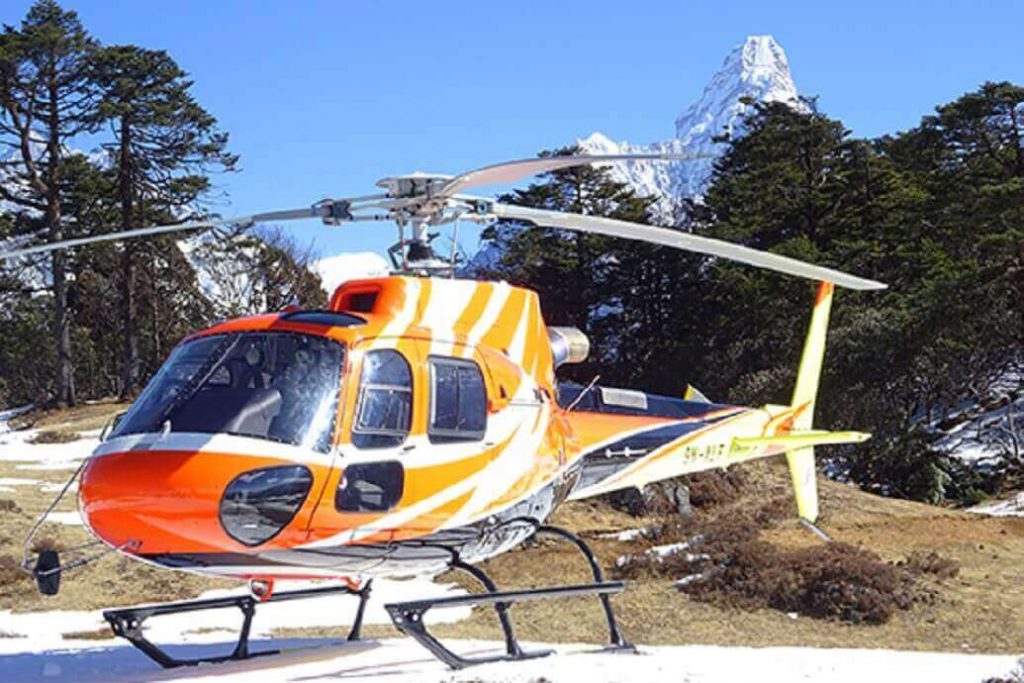 If you are looking for the shortest way to observe Mt Everest, then Everest Base Camp Helicopter Tour is the one. It does not involve any climb or trek rather it’s just a one-day helicopter ride to the base camp of Mt Everest. Within 12 hours, you will be back to your hotel after enjoying the view of Mt Everest from Kala Patthar(5,644m). For your information, Kala Patthar is the place slightly above the Everest Base Camp and popular as the best viewpoint to enjoy the Everest show.

It is the shortest Everest treat that you can give to yourself. Upon completing this one day tour, you will have the sights for the lifetime. If you have no time and preparations for the long Everest Base Camp Trek, this is the only option that can rescue you. Or else you can enjoy the mountain show of Mt Everest and other mountains from the sky inside the aircraft via Mountain Flight in Nepal.

We, the Himalayas on Foot, are the adventure and tour activities specialist from Nepal. Since 2008, we have been serving the best guidance in various adventurous and recreational activities that are happening in Nepal. Being old in the tour and travel industry, we provide good assistance in various activities like Trekking, Peak Climbing, Tours, Jungle Safari, Rafting, Paragliding, etc.

When you are with us for any of the adventure and recreational activities, you need not worry an inch. We understand what our clients expect from us so we always try to stand up to their expectations. Still confused, give us a call and let us serve you for the first of many other times. 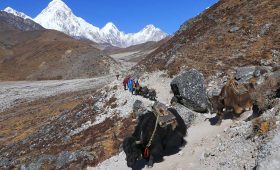 What Animals Live on Mount Everest? 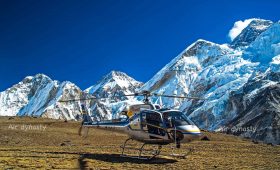 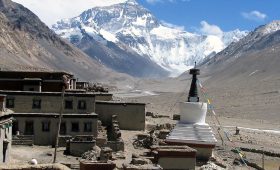